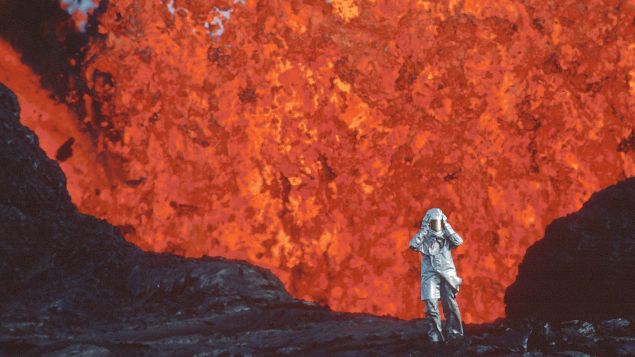 Wearing blue parkas and red beanies and armed with low-fi equipment that seems crafted from spare parts in a garage, a French couple — both geologists — charge into the flaming red mouths of volcanic eruptions. They are Maurice and Katia Krafft, husband-and-wife volcanologists, and with the quixotic joie de vivre of Wes Anderson protagonists they spent 20 years obsessively, almost neurotically, getting as close as possible to the fearsome majesty and bubbling mystery of active volcanoes.

The Kraffts are the subject of Sara Dosa’s documentary Fire of Love, a Sundance hit that arrives in theaters this week before finding a home on Disney+ later this year. Conceived as a quarantine-friendly project that could be made entirely without traveling, the film was meticulously culled by Dosa from over 200 hours of 16mm film footage shot by the Kraffts. The result is a unique melding of two wildly disparate filmmaking approaches. The Kraffts’ footage is a headlong, soundless, and largely unstructured dive into experiential cinema, full of overwhelming images. Dosa — the filmmaker behind The Seer and the Unseen, a 2019 doc about an Icelandic environmentalist mystic — stitches their epic canvases together with a sound-based, almost miniaturist approach.

The footage the Kraffts shot throughout their career — starting in the spring of 1971 with the eruption of Italy’s Stromboli volcano and lasting until the summer of 1991, when the French couple was part of a group killed by an eruption at Japan’s Mount Unzen — is breathtaking, beyond imagination, and scientifically significant. Dosa uses it imagistically, in part to convey their own love story. After they meet as students over coffee (the only footage in the film not shot by the couple) their ignited ardor is announced in voiceover from filmmaker-actor-artist Miranda July and illustrated by stunning footage of an avalanche caused by a pyroclastic flow.

July’s gentle, questioning narration is one of the many sound elements that Dosa deploys to great effect. The use of foley to make the squish and plop of molten rock feel real and the generous application of an emotionally adroit score by Nicolas Godin, one half of the French electronic duo Air, all demonstrate topflight film craftsmanship.

The Kraffts are presented as every bit adorable as the footage they shoot is breathtaking. Yet Fire of Love is essentially a pathetic fallacy in reverse. With the couple having left few words or images to convey their burning love affair, Dosa must use the daring images they left behind to make their passion salient. For all we know, Katia and Maurice were business partners who happen to be married simply because of their shared love for fire and lava.

Is it all too cute? Almost, but not quite.

Fire of Love is saved by the joy of film craft that pours forth both from the Kraffts and Dosa. The film percolates with a love of movies, specifically the French New Wave; at its best moments it feels like Breathless, if Jean-Paul Belmondo’s character had been obsessed with volcanologists instead of Humphrey Bogart.

What is less convincing, and perhaps less necessary, is the Krafft love affair that Dosa uses as her film’s hook. You don’t feel it to the extent that Dosa wants you to. Instead, you get a strong sense of the scientific necessity and cinematic passion that pushes them to go where no man or woman has, or perhaps should.

As July says in her narration, “Understanding is another form of love.” Fire of Understanding doesn’t have the same ring to it, but it works just as well.

Observer Reviews are regular assessments of new and noteworthy cinema. 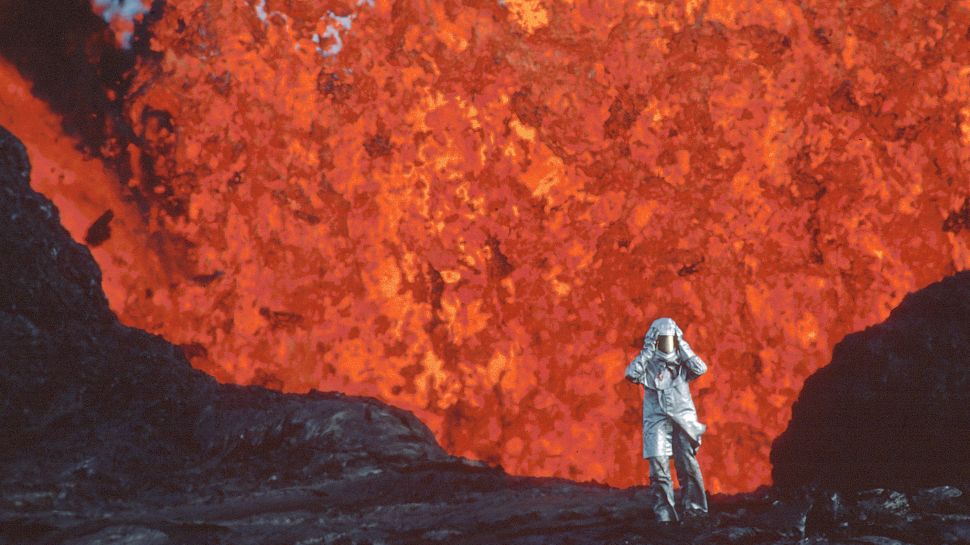