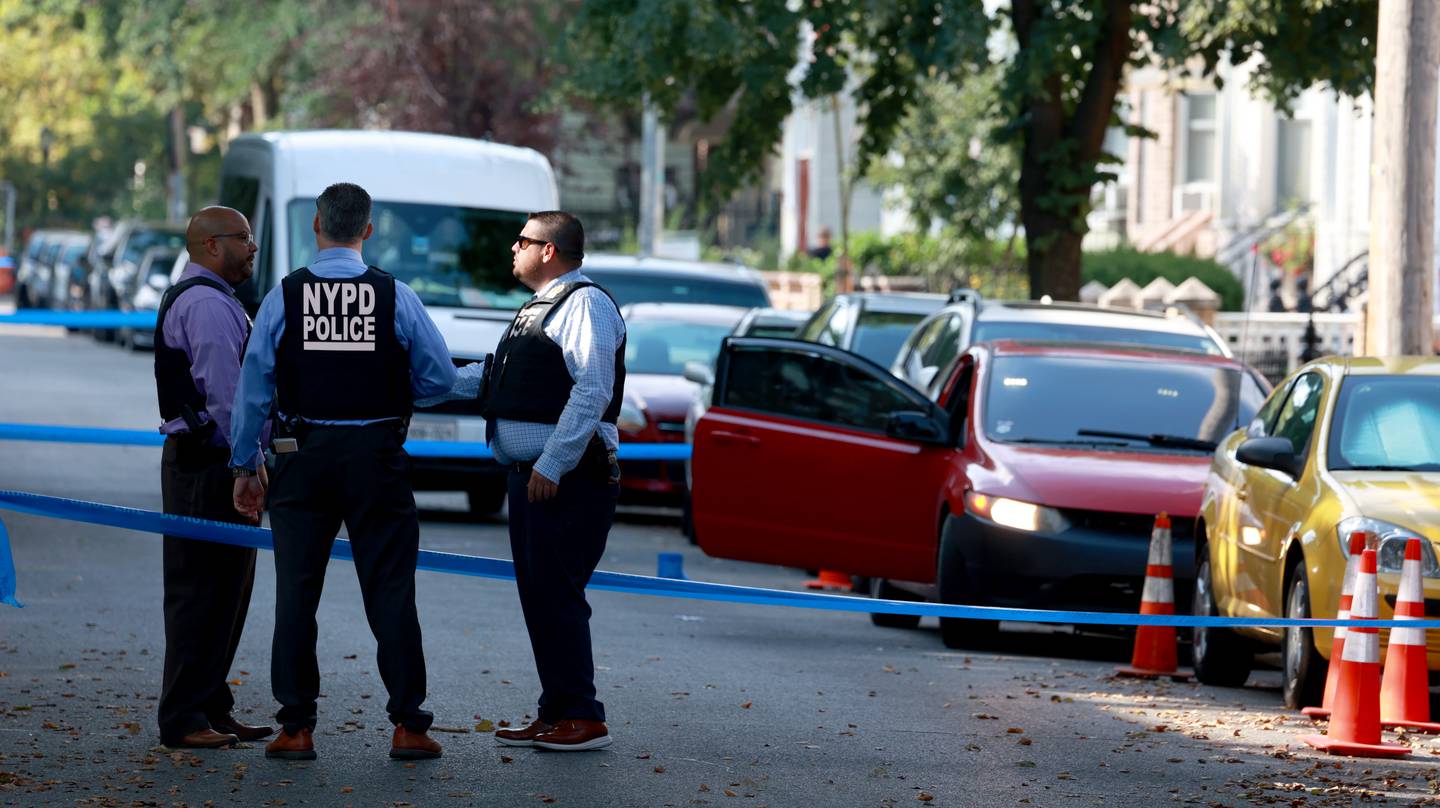 A 31-year-old father of six was fatally shot early Tuesday as he guarded a “Law & Order” film set in Brooklyn, police said.

Victim Johnny Pizzaro had just started his shift keeping an eye on equipment trucks for the “Law & Order: Organized Crime” crew on N. Henry St. near Norman Ave. in Greenpoint around 5:15 a.m. when the gunman attacked, police sources said.

Pizzaro was sitting in a car — with a traffic cone perched on the roof — when the shooter yanked open the door and shot him in the neck and head.

“It happened so quick, too fast. I don’t even know who would do this or why or what,” said another security guard for the show who witnessed part of the shooting. The guard did not wish to be named.

“It was quiet. (There was) just a pop and the dude ran. I looked out my side mirror window and I seen him running towards Nassau.”

EMS rushed Pizzaro to Woodhull Hospital, where he died.

It was not immediately clear if anyone involved with the production was present at the time of the shooting.

Pizzaro lived with his wife and children in Bridgeport, Conn. and commuted to the city for work, his grieving wife told the Daily News.

“It was just me and the six kids and that’s all he had,” said his wife, who asked not to be named. “Right now I don’t even have words.”

The woman described her husband of eight years as the “life of the party.”

“He was an outgoing person,” she said. “Always knew how to make everyone laugh, even when he was down.”

The woman could not think of anyone who would want to kill her husband and said she is cooperating with detectives.

“It fully shocked me. I cannot believe it. It’s crazy to find out,” Pizzaro’s heartbroken father Johnny Pizzaro Sr. told The News when reached in Puerto Rico.

It was not the family’s first brush with tragedy. In 1993, the guard’s uncle Lucilo Baez was shot to death in front of his Brooklyn building, Pizzaro’s aunt Jessica Baez recalled.

“It’s traumatic to know that this happened to our family 30 years ago and it’s happened again,” she said.

“Even if you were having a bad day, he’d do something funny to make you smile,” Baez said. “He was loud. You knew when he was around. That’s how Johnny was.”

There was no clear motive as of Tuesday and police were investigating whether the shooting stemmed from a dispute over parking, a police source said.

“Then (there was) a car sound, and then yelling,” resident Ian Oberholtzer, 35, said. “I guess people were freaking out. It seems kind of detached from everyday life around here, it’s not the kind of thing you’d expect from the block.”

Film crews are quite common in Greenpoint, said Oberholtzer, who didn’t believe the killing was over parking.

“They shoot a lot over here, so the parking routine is pretty normal — them setting up cones, moving their cars,” he said. “(There are) plenty of parking spots at 5 a.m. I have no idea what happened.”

Pizzaro had been working for film crews in the city for about six years, his fellow guard said.

Filming of the third-season episode had been set to begin at 6 a.m., according to a notice posted on the block by the Mayor’s Office of Media and Entertainment. Vehicles not involved in the shoot were supposed to be removed from the area beginning at 10 p.m. Monday.

“We were terribly saddened and shocked to hear that one of our crew members was the victim of a crime early this morning and has died as a result,” NBC spokeswoman Tracy St. Pierre said in a statement. “We are working with local law enforcement as they continue to investigate.

“Our hearts go out to his family and friends and we ask that you respect their privacy during this time.”

Catch up on the day’s top five stories every weekday afternoon.

Pizzaro’s relatives, most of who live out of the city, spoke to the guard on Father’s Day, they said. The doting dad turned 31 on June 20. He celebrated by going to the West Coast — something he and his family did often growing up — his younger sister Jocelyn Pizarro, 29, recalled.

“He was just saying ‘Thank you’ and that he loved and missed me,” she recalled.

Cops are scouring the area for surveillance footage that can help them identify the shooter.