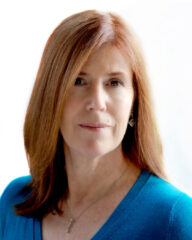 “We are storytellers at heart.” That’s how Mikros Animation defines itself on its colorful website, which promotes the studio’s previous projects such as The SpongeBob SquarePants Movie: Sponge on the Run, PAW Patrol: The Movie and Asterix: The Secret of the Magic Potion as well as its exciting upcoming slate, which includes movies such as PAW Patrol: The Mighty Movie, Thelma the Unicorn and Teenage Mutant Ninja Turtles: Mutant Mayhem.

Under the leadership of industry veteran Andrea Miloro, the studio has continued to establish itself as a good home for quality CG animation, both in the features landscape and in the streaming/TV series space. Mikros Animation, which was acquired by Technicolor in 2015, has headquarters in Paris, Monreal, Los Angeles, Bangalore and London.

“Thanks to our global capabilities, we adapt our scale to always serve every project in the best possible way,” says Miloro, Mikros Animation’s president, who has held top exec positions at Blue Sky Animation, Fox, Warner Bros. and Sony Pictures Animation. “We believe great animation is about making connections with real people. To ignite connection and to make images unforgettable, we unite with filmmakers to tell their stories. We embrace our clients’ creative ideas in our culture of collaboration, making our studios the home of the projects we are entrusted with. We help filmmakers define and develop their vision from script up to screen to make every project a unique one.”

In less than 10 years, Mikros Animation has contributed to ten animated features animation and to numerous episodic shows for the top animation studios, either as creative studio, line producer or executive producer. The studio has also produced more than 250 hours of programming, broadcast by notable channels including Cartoon Network, Nickelodeon, TF1, France TV, Gulli, M6, Gloob and Super RTL. The studio’s episodic content currently airs and streams in over 180 countries. Among the recent shows Mikros has helped produce with studios such as DreamWorks, Paramount, Sixteen South and Tencent Kids are Kung Fu Panda: The Dragon Knight, The Coop Troop, Dragons: The Nine Realms and Star Trek Prodigy.

Mikros Animation has an interesting variety of animated projects in the pipeline. Among them is Ozi, Voice of the Forest, a charming new feature currently in production. Created by animation veterans Rodrigo Blaas (executive producer & showrunner of Trollhunters, animator on Ice Age, WALL•E and Finding Nemo) and Keith Chapman (Bob the Builder, PAW Patrol), this epic adventure set in the Indonesian rainforest and centers on a teenage orangutan named Ozi who sets out to find her parents in a land that has been devastated by deforestation.

Ozi, Voice of the Forest, which is being produced by Mikros Animation in Paris and Bangalore, is also supported by Leonardo DiCaprio’s Appian Way, as it aims to raise awareness around the issues the world’s rainforests face due to the growing levels of deforestation, and how this affects the ecosystems within those environments.

Mikros is also gearing up for another big animated feature that is familiar to cartoon and comic-book lovers all over the world — Teenage Mutant Ninja Turtles: Mutant Mayhem. This epic new take on the crime-fighting, pizza-loving heroes is directed by Jeff Rowe (The Mitchells vs. the Machines, Disenchantment, Gravity Falls) and produced by Seth Rogen, Evan Goldberg and James Weaver. Point Grey Pictures, Nickelodeon and Paramount are the co-producing studios. The 3D CG animation is being produced by Mikros Animation in Paris and Montreal, and is currently on the lookout for seasoned and budding animators to join its rank and to be part of this iconic production.

“We are excited to join forces with Nickelodeon on this theatrical release,” says Adrianna Cohen, global head of production at Mikros Animation. “The Ninja Turtles franchise is edgy, offbeat and humorous, and the Mikros Animation team is ensuring we were doing justice to bringing the beloved turtles to big screens. The filmmaker’s vision was to introduce the characters through modern animation that maintains the fine balance between visually appealing and realistic. Focusing not just on craft, but also performance, it’s our job to develop the unique personalities of each of these iconic characters, whilst staying true to the 1990s nostalgia that the franchise holds”

When asked to define a perfect project for Mikros, Miloro responds, “Perfect can come in many different forms. I believe the essential element is when the creative studio and production come together and spark each other’s imagination. Mikros Animation builds on that spark and casts our teams around that creative vision. Whatever a project needs, we will find a solution. Ultimately, our projects are achieved through collaboration, artistry, and passion for storytelling.”

In 2023, the studio will continue to collaborate with its studio creative partners on film, television, and long-form series projects. “In the past, Mikros Animation would become involved later in the process, but now we are working with creators from pre-production to the final delivery more and more,” notes Miloro. “We are also developing and packaging our own content.”

Despite the challenges ahead, Miloro is quite optimistic about the future. “I see more opportunities than challenges,” she says. “We recognize that hiring new talent and developing technology to meet demands can be challenging. That can also be an opportunity. Mikros Animation will continue to develop and support our artists, technology teams, and production management. To listen to the needs of our teams and that of our creative partners, to strike a balance and create the best stories. It’s not a simple proposition, but Mikros Animation has its own kind of magic. We have three global locations but are one united studio that strives to maintain a ‘boutique’ culture. Sharing ideas and our passion for creating will always push boundaries and be Mikros’ greatest strength. That’s always exciting!”